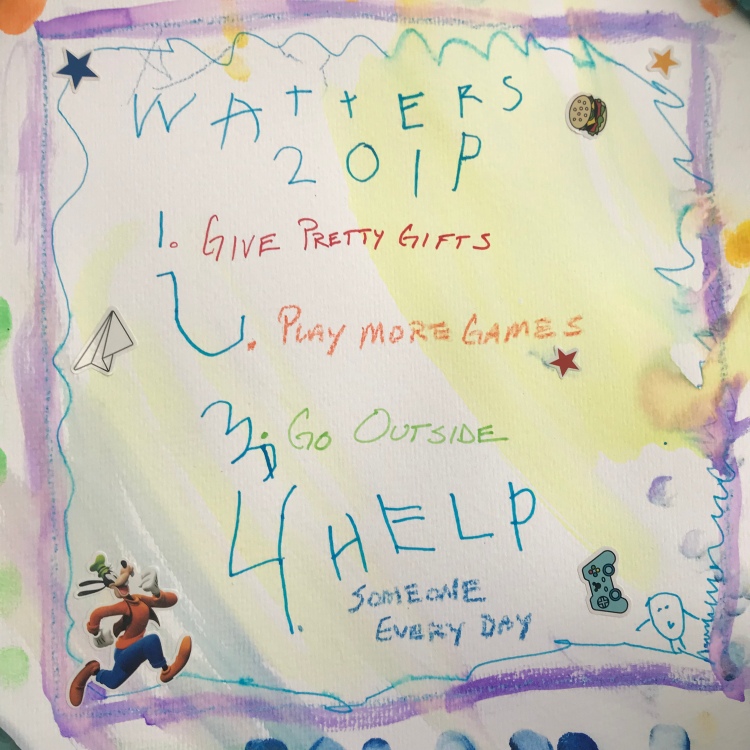 “Wa-wa  juice and cracker! I wan’ get up!” has been my daily wake up call for almost a year. My near two-year-old son and my four-year-old daughter often end up in our bed sometime in the night. Bleary eyed, I crawl to the end of the bed trying to squeeze my way out without disturbing my husband or daughter as I answer Zane’s request. I pull on my pajama pants, socks, and sweater while reminding him that I have to go potty. We wander, hip and dip, down the hall to the kitchen, fills the water kettle and find crackers and juice.  I give way to “T-T” and turn on the television for him to watch tractor videos. He will eventually be usurped when Ava wakes up and launches Netflix. None of this is how I envision my children (or their parents) starting their days.

Several days ago, I decided I would start the weaning process. I moved Zane’s bed out of Ava’s room so he could “cry it out” and learn to self-sooth at night. More dramatically, I withheld television from Ava until after she had quiet time and let me read a page or two from her devotional. The first day was hurricane level five; gale force weeping, wailing and gnashing of teeth. Yesterday we dropped to a level two with mild resistance. This morning, she came willingly and we learned the meaning of hypocrite and about Venus flytraps before she watching an episode of “Word World”.

“Folly is bound up in the heart of a child” (Pv. 22:15) These are not my favorite words in the Bible.  I lean toward the idealistic vision that children are mostly sweet and merely don’t understand the gravity of consequential behavior. Yet, reality tells a different story. If I would allow it, Zane would only eat processed crackers and cookies at all times. Ava would consume endless hours of Netflix and You Tube. Personally, my folly of choice would be a perpetual fountain of overpriced coffee and infinite scrolling of social media. For Psalm 53 reminds me that I too am by nature a fool, “The fool says in his heart, “ There is no God…there is none who does good.” The Bible magnifies that in our natural state, we are set out to make ourselves little gods and at the center of our own universe.

The gospel and grace by faith in Jesus exchanges our sinful, stubborn, self focused heart of stone with a moldable, teachable heart of flesh.  Jesus points us to a glory greater than ourselves. So during the push back when I apply boundaries or set to create better rhythms, I keep replaying the wisdom brought forth by Paul David Tripp’s book “Parenting” about foolishness and my role to parent my child’s heart not merely enforce the law. I remind myself, that it is my call to impart wisdom, share the Story of hope for all fools and ultimately reflect the love of the prodigal father that welcomes a wayward son hope with wide and gentle arms.

In the movie “At Eternity’s Gate” which imagines Van Gogh’s last days it purports the idea that he painted for a people of another time and that his life was a seed sown for a later harvest.  To live for a further legacy, we must often deny immediate cravings and demands with a farsighted view of developing something more withstanding. Often, it looks like choosing to be Mary sitting in the presence of Christ foregoing the perpetual tasks for which Martha was overly worried. Similarly, to practice presence with another is the multiplying agent that transfers the seed outside of oneself. It takes the mature fruit and cooks a cobbler to share over coffee on a rainy afternoon.

In this vein, I have two fond memories of each of my grandmothers singing me the song “ In the Garden”.  In the first, I was sitting in her lap at the very desk I am working at now. For the other, (grandmommie) , I was rocking with her in a chair that is in my current adjacent room.

Last night, I had the privilege of putting Zane down to sleep which is usually taken by my husband.  He requested “This Little Light of Mine” then “Jesus Loves Me”. After this, I inserted “In the Garden, “ singing ,

I come to the garden alone

While the dew is still on the roses

And the voice I hear

Falling on my ear

The Son of God discloses

And He walks with me

And He talks with me

And He tells my I am His own

And the joy we share as we tarry there

None other, has ever known.

“Again,” Zane said. And then afterward, “Again”. And finally, one more “Again.”